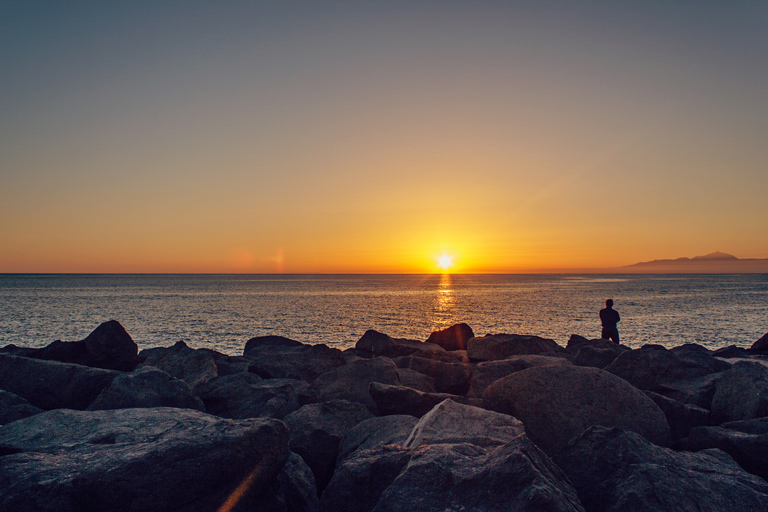 As Joshua neared Jericho, he ran into a mysterious person. “He looked up and saw a man standing in front of him with a drawn sword in his hand” (v. 13). Joshua didn’t recognize him. Joshua was probably prepared either to fight, if he was the enemy, or order him to lower his sword if he was an Israelite.

In an effort to find out whose side this strange person was on, he asked, “Are you for us or for our enemies?” (v. 13). The man responded, “No.” The person did not fit in Joshua’s categories. He was the commander of the army of the Lord. This was no man; this was an angelic being. He certainly was not fighting for Joshua; Joshua was fighting for him. It would be somewhat like a private bumping into a general and asking him for whom he is fighting.

Joshua fell face down in reverence before his commanding officer. “What does my lord bid his servant?” Joshua asked. “The commander of the Lord’s army replied, ‘Take off your sandals, for the place where you are standing is holy.’ And Joshua did so” (v.15).

Joshua, the leader of God’s people, received a lesson in humility. God was not on his team or fighting for him, but rather he was on God’s team. How often do we view the Lord as one of our soldiers whom we can command to fight our battles for us? We are God’s soldiers. The Lord makes the orders and leads us to fight His battles.

Yes, a leader does provide protection and firepower for his troops. Yet we should always keep the order of rank in perspective. God give us the marching orders.

Prayer:  Lord, what orders do you have for me, your servant, today?

The Rev. Charlie Holt
The Church of St. John the Divine
Houston, TX

Day 204 2 Chronicles 8:11-10:19; Romans 8:9-21; Psalm 18:16-36; Proverbs 19:26 Our Identity in Christ “The Spirit himself bears witness with our spirit that we are children of God, and if children, then heirs—heirs of God and fellow heirs with Christ, provided we suffer with him in order that we may also be glorified with…

Day 243 Job 37:1-39:30; 2 Corinthians 4:13-5:10; Psalm 44:9-26; Proverbs 22:13 Hidden in Plain Sight As Christians, our understanding of God is based on what Jesus said about God and about what God reveals about Himself in Jesus. The Old Testament writers had a different understanding. For them, the designs of God were bound up…

Day 292 Jeremiah 33:1-34:22; 1 Timothy 4:1-16; Psalm 89:1-13; Proverbs 25:23-24 God of Kept Promises Great nineteenth century musician Johannes Brahms, composer of A German Requiem, assembled the Biblical texts for his sacred masterpiece in a manner that set it apart from the traditional Latin texts of the Roman Catholic Requiem Mass. While the Requiem…